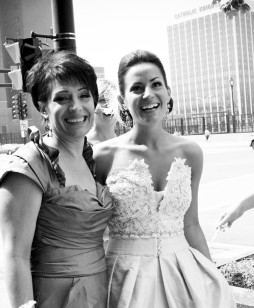 We (Janie Esposito & Alicia Miklavicic-Franz) founded Silk Worm due to our love for fashion, functionality, and nature. In 2011 we took to the sewing machines and launched our Silk Worm Scarf Line which encompasses the reinvention of materials into fashion-forward accessories. “Silk Worm” was chosen as the name for our company due to it capturing what each design entails; the use of grounded textiles that are re-spun into handmade & one-of-a-kind couture trends.

Since our launch, Silk Worm Scarves have made waves in the fashion world by being featured in the “Fashion Provocateur” of M Magazine, by gaining attention at the 2012 Sundance Film Festival, and by being included in Celebrity Swag Bags at the 2012 Oscar Academy Awards! With continued success, we have won numerous Awards from art events nationwide and have expanded our sales nationwide.

As the Co-Founders/Co-Designers/Mother & Daughter Duo, we continue to sketch and stitch towards how we feel everyone should accessorize…Naturally Bold!